The only part of this job that isn’t awesome is the part that involves kicking a dog out of daycare. Although not often, it does happen, and it sucks. While some dogs just aren’t a fit from the get-go, the really heartbreaking situations are the ones where a dog starts out as a rock star and over time turns into a turd…for no apparent reason. The dog daycare forums of the world talk about how some dogs, over time, just decide they don’t like daycare anymore, or they grow out of it, or reach an age where they don’t need or desire the higher level of activity they once did. I guess it makes sense, but a few months ago I started doing some research, and I think in a lot of cases it’s more preventable than what I’ve been taught to believe.

My theory is this: in some cases, we as pet parents are relying on doggie daycare to be the only source of stimulation our dog receives.

As a doggie daycare business owner, I’m supposed to tell you that daycare will solve all of your pet parenting problems and make it a lot more fun to have a dog. Most of the time, it really is true. But sometimes, when we get busy and life takes over, it’s easier to send the dog to daycare than it is to play fetch with them in the backyard or take them on a sensory walk in the woods, or work on basic obedience at home just for fun. Here’s what’s wrong with that – dogs need more. Daycare provides a great amount of physical and mental stimulation, but it’s not the “brain workout” your dog needs to be happy and at his best. When a dog gets little to no mental stimulation at home, he can become reactive in a playgroup setting, or begin to target other dogs because he so desperately needs a job to do (think about an Aussie who starts trying to constantly herd the other dogs in playgroup because he doesn’t have any “work” to do at home to expend that mental energy).

I totally sympathize with the pet parent who doesn’t have time or energy at the end of the day to devote to mental stimulation for their dog, and to be honest this didn’t really hit me until I started to notice it with my own dogs.

When the weather is nice, a lot of days they stay home in the backyard where they can work their beagle noses all day among the various smells lingering in the blades of grass. It’s truly their favorite thing to do and exhausts them even if they are only physically moving at a snail’s pace! Mental exercise has that effect on our dogs! As it’s gotten colder, though, they don’t get to stay home as much so I find myself tossing them in the car everyday and lugging them to HH…sounds like the dream, right? For a lot of dogs, yes! But for my scent driven hounds who need to work their brains and noses, sniffing out the other dogs in playgroup 5 days a week has become boring for them. They started acting out at home (particularly the two younger beagles, Brown and Yellow)…stealing the baby’s toys that they know they aren’t supposed to have, chewing on our deck steps outside, getting into kitchen cabinets and pulling out bags of chips, jumping on their human sister (which they know not to do), trying to run away from me when we get out of the car in the front yard…all kinds of deviant behavior! While beagles are known for mischief, this was new territory, even for them!

When I started doing research for my own benefit, I couldn’t help but notice parallels in these dogs who start acting out at daycare for no (apparent) reason, and my own dogs’ newfound defiance.

I decided to experiment with trying to teach Brown and Yellow some basic obedience, in the hopes that the mental activity might fill the void from the missing backyard sniffing time, as well as hopefully teach them a few good habits. I started with separating them (trying to work with two hooligans at once is impossible) and devoting TEN MINUTES to the most basic of commands…sit, stay, paw, down…for the first couple of days it was a miracle to accomplish a sit. But it got better and better, and last night for the first time I was able to work on commands with both of them at the same time! There is still a lot of room for improvement (Brown can’t stay to save her life and Yellow would rather fall over on her side than lay down) but here’s the miraculous part – the other deviant behavior is gone!!! We typically do our brain games around 9pm after human sister has gone to bed, and they can be bouncing off the wall up until that point but just TEN MINUTES of working those brains and they are ready to pass out. I was shocked! Even though it has taken them a long time to master the skills, the fact that I’m asking them to turn their brain wheels for a few minutes is fascinating to watch and you can tell that they look so forward to that time (and the treats of course). As a bonus, I find that my bond with both of them has become stronger through this dedicated activity time. They listen to me better, they are better about coming when called, and oddly enough they are more affectionate too. They’re still getting a good amount of physical activity from their time at daycare, but it is very clear to me now that they need more, and that it doesn’t have to be a time suck to make them happy, better behaved dogs.

I say all of that to say…your dog needs BOTH mental and physical stimulation to do well at home, at daycare, in public, and beyond. If you’re a pet parent whose dog has started acting out at daycare (or the dog park, on walks, etc), consider adding just a few minutes of bonding/brain time with your dog a few nights a week and see what happens. There are mountains of studies out there that prove that a combination of physical and mental exercise lead to lower aggression, less separation anxiety, lower stress, and slower deterioration of cognitive function as our pets age.

How do you provide mental stimulation for your dog outside of what they get at daycare? Share in the comments – I’m now definitely going to look for more ways to challenge my dogs’ minds and keep these good habits going! I’d love to know your thoughts and questions – email me at [email protected]! 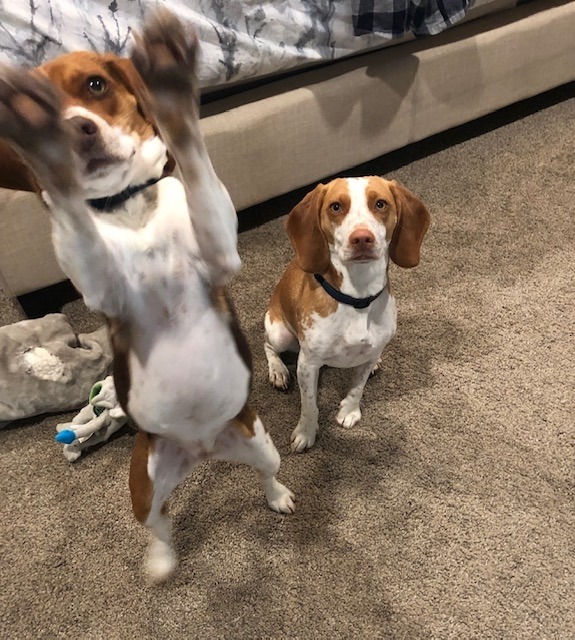 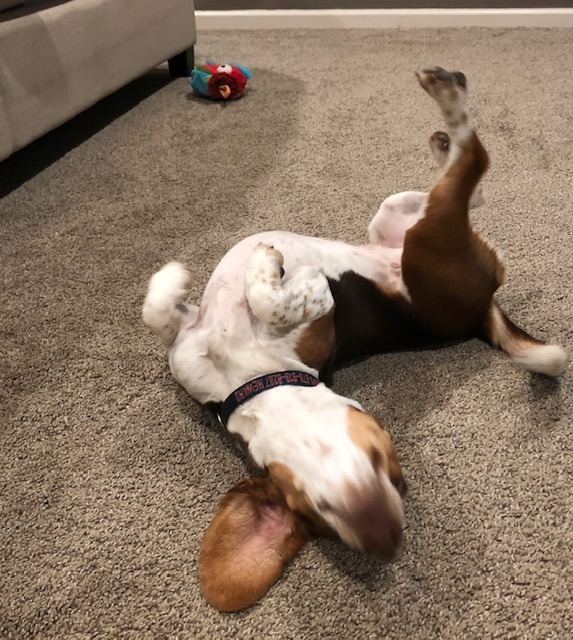 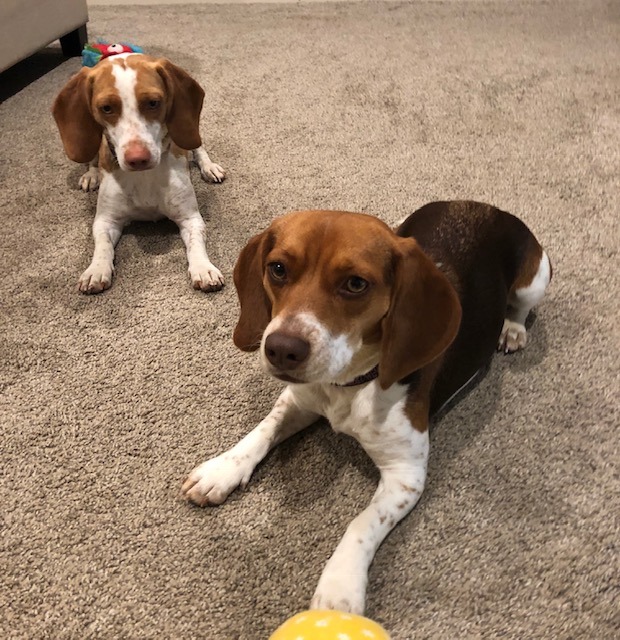 PrevPreviousDogs + Babies: You Don’t Have to Choose
NextWhat’s new in 2019! HH ConwayNext

Some of us are great at taking candid pics…other

People: will someone still go up there to take car

Not to brag or anything, but our yards now include

If these teams really want a chance at the Super B

Voted most likely to steal your heart and your lun

These cuties give us MAJOR heart eyes 😍💕 #h