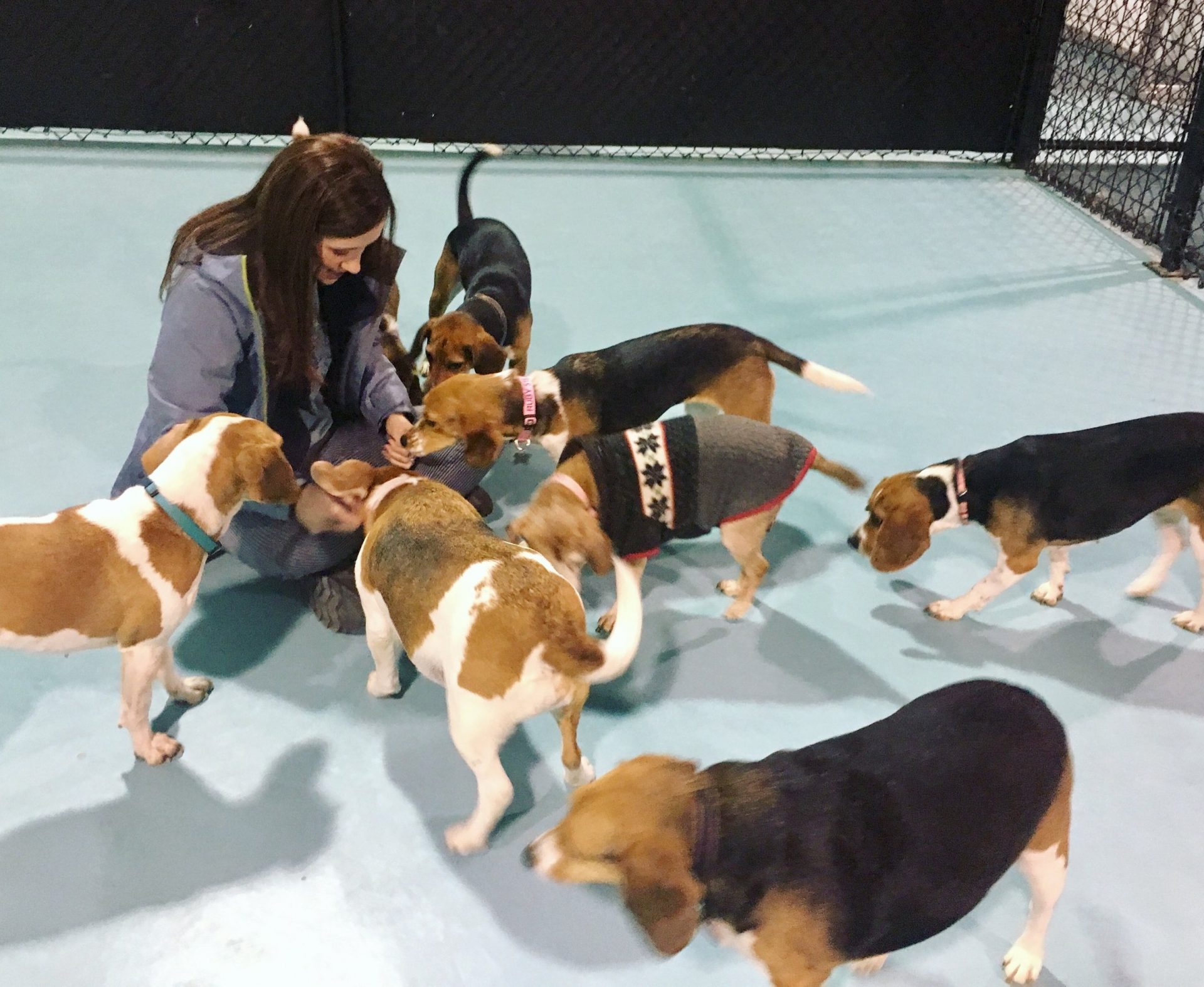 Nineteen. That’s the number of times I’ve been tagged on facebook about Guy, Meghan Markle’s adorable beagle, and his ride with the Queen. It’s beyond precious don’t get me wrong, but there’s a whole community of us out there who have been treating these little rascals like royalty for years! Finally, in the Age of the Golden Doodle, the Beagle gets a share of the spotlight!

One of the things I’ve learned after years of rescue work is that when something happens to put a particular breed into the pop culture limelight, people start to give them new consideration as potential family members. Case in point – I could blog about beagle greatness every day but this will be the first time most people will actually read it! Seriously though, there really are a lot of legit reasons to love this breed, and sadly, purebred beagles are available for adoption by the dozens all over our state, most of which were simply no longer of value to the hunter who owned them. Read on and you might just find your best friend! 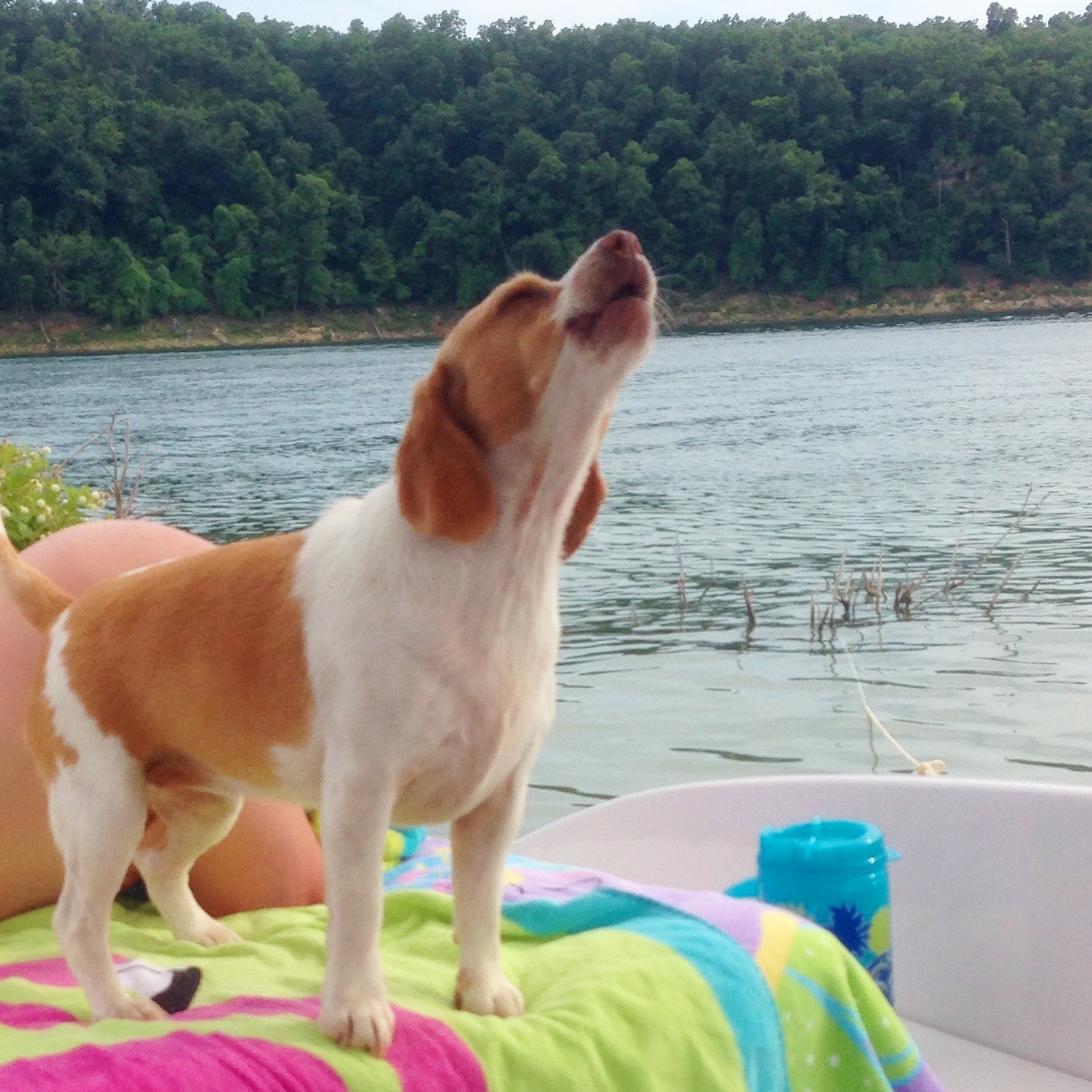 1. Their Neediness is Less Needy. The only room these dogs will follow you into is the kitchen! A beagle doesn’t always have to be in your shadow to be happy. They love you, sure, and want to hang out anytime you’re up for it, but they’ll also allow you to go to the bathroom without an audience, and if they’re snoozing on the couch when you get up to go to bed, they may not join you until 2am.

2. They’re clean(ish). Call me crazy but I’ve never met a beagle that just smelled bad. You know the type – the dogs who just always seem stinky no matter how often they’re bathed. They shed a little, but you’ll still save big on those grooming bills. A good de-shedding treatment once a quarter will go a long way. They also don’t drool excessively all over your furniture, and you never have to worry about them leaving ANY crumbs after they’ve had their snacks! 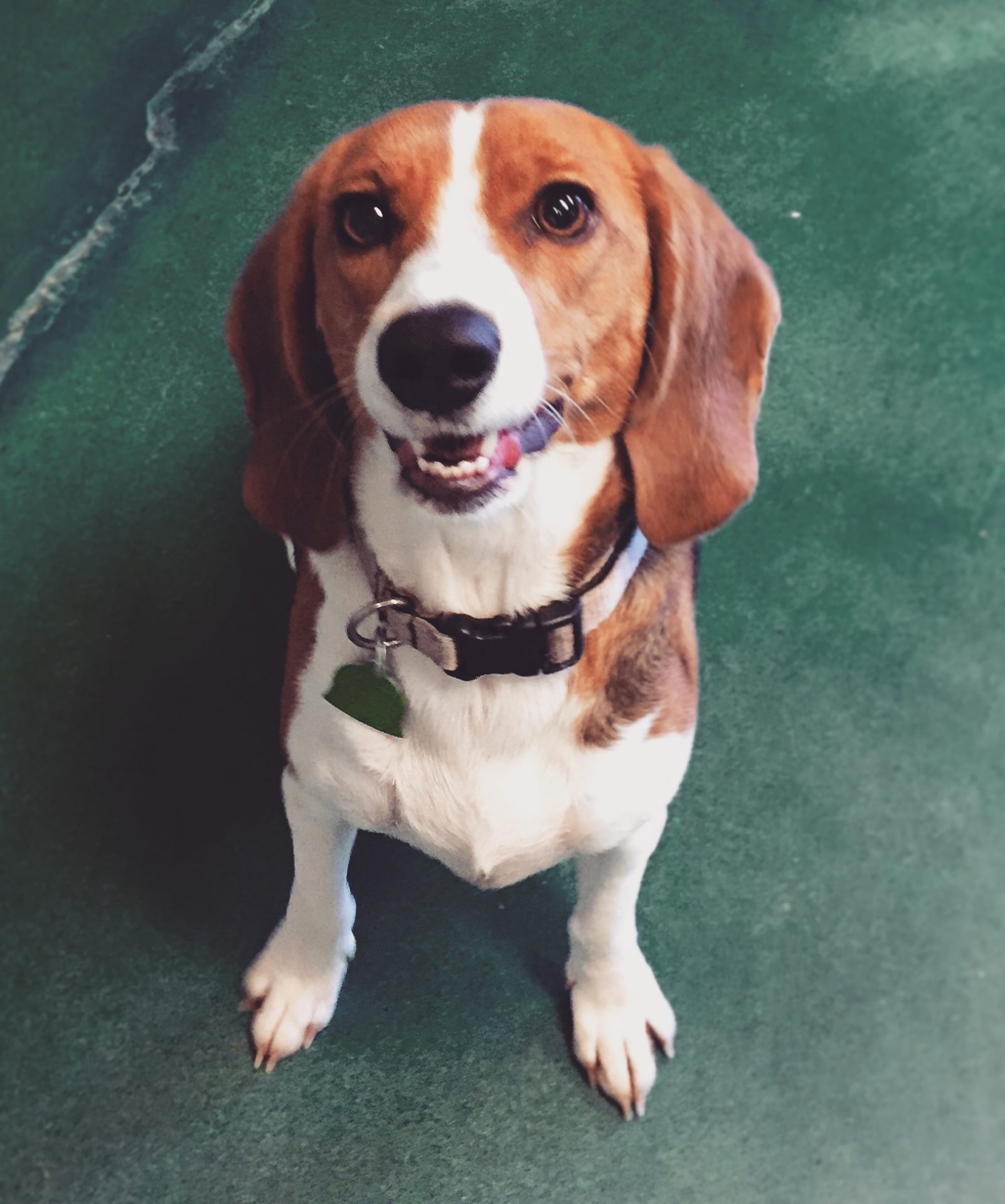 3. They’re basically stand-up comedians. Beagles get a rep for being naughty little boogers, and while it is mostly true, for the most part you won’t care because they’re SO funny. Even waking up in the morning with a beagle is new hilarity – their morning stretches are usually accompanied by a new grunt/bay every day! And try passing a remote control car through your house – while other breeds are hiding in the corner, the Beagle insists on sounding his howl alarm to tell that toy what’s up. When they get excited or catch a new scent, their tails wag so fast their butts almost come off the ground. And, you can’t help but laugh when they try their hardest to REALLY make you think they NEED the last bite of your sandwich! 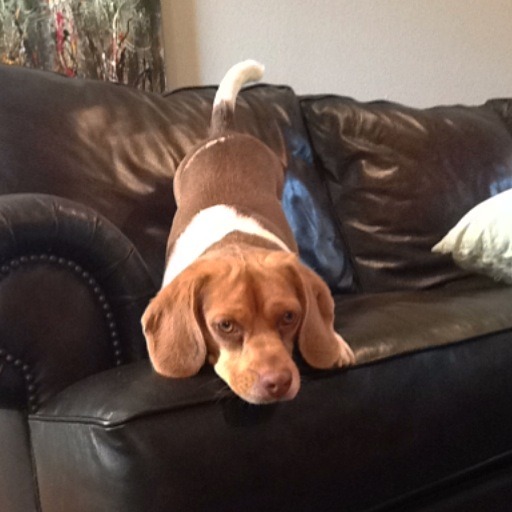 4. They’re portable! The Beagle is small but mighty! Most of them weigh in around 25 pounds full grown, with short, stocky little legs that keep their height below your kneecap. Do you know how many adopters say, “well I want something that won’t get very big”…the answer is: almost all of them. Here’s your chance! PLUS (bonus): they’re still tuff. Did you ever have a friend whose Pomeranian jumped out of her arms and broke its leg? And then did it a second time and broke a different leg? I DID. Not so with a Beag. Their hardiness and resilience helps them stand up to tagging along in your human life, and if I’m being honest their size is really perfect for sharing a recliner (doing so as I type this blog). 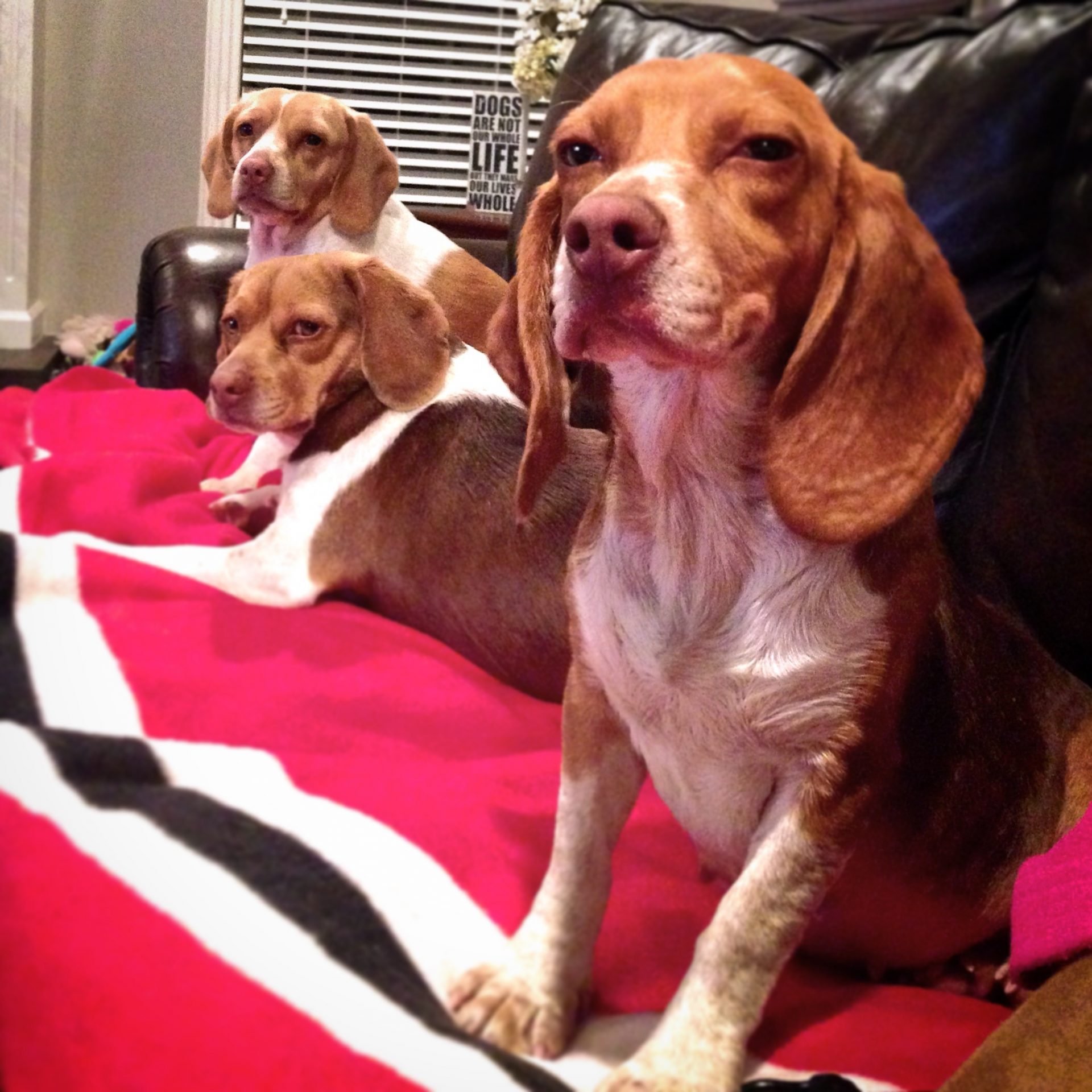 5. They’re foodies. I remember when I first told people I had beagles and their reaction was to ask me how often they got in my trash. Ok YES, if you get a beagle you also need to get a trash can with a lid, but shouldn’t you really have that anyway? And NO you can’t leave food out on your kitchen counter but again, shouldn’t you really keep your counters clean(ish) anyway? The Beagle is just there to help keep you tidy on your toes! Really though the nose motivation does have its charm. Need your Beag to take medicine? Put a pill in literally any food and down it goes. Need your Beag to hurry and finish breakfast so you can get out the door and beat traffic? DONE (every time). Another BONUS for you: this love for food makes them surprisingly easy to train. All stubbornness goes out the window when there are SNACKS. 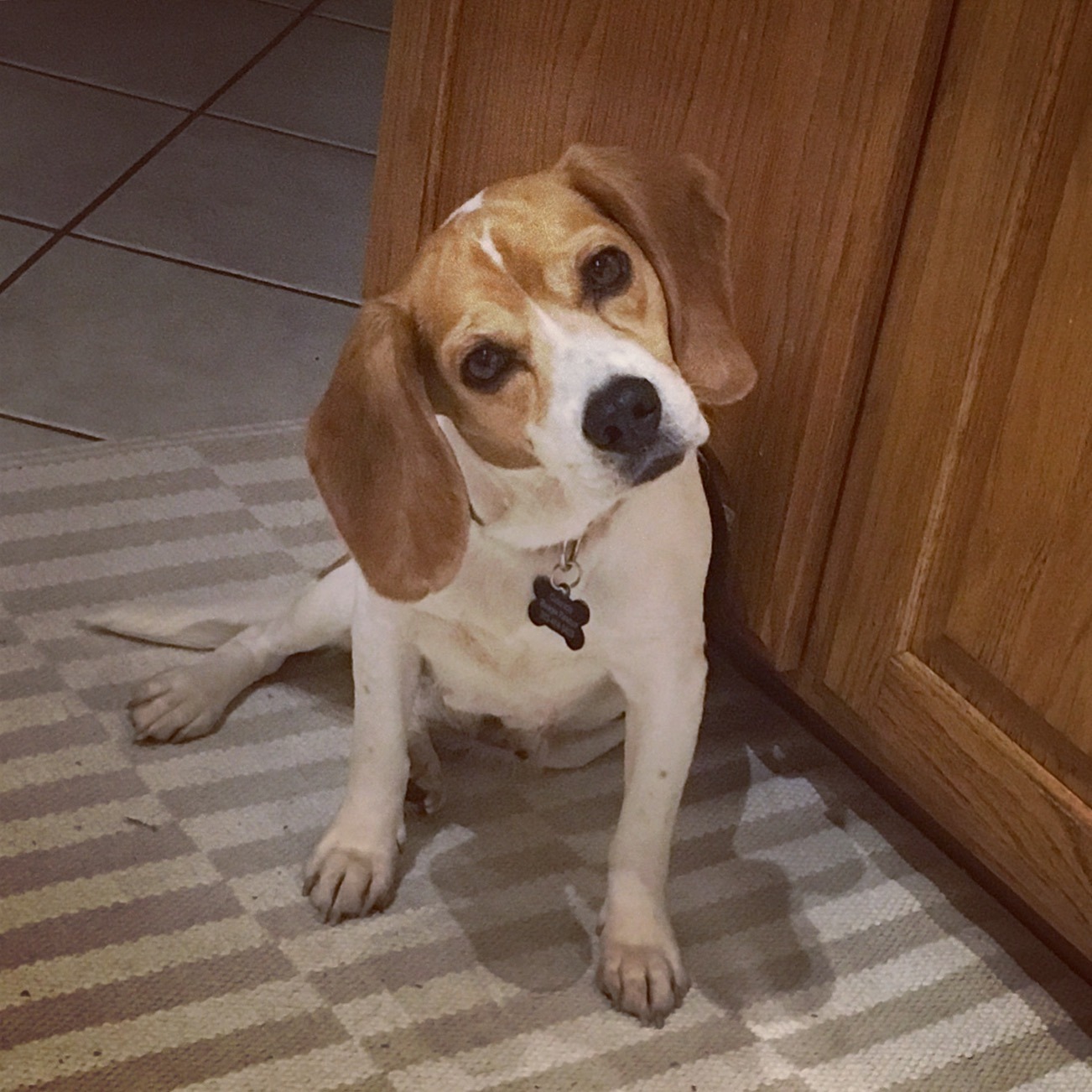 6. They’re generally NICE. I mean this – I own a doggie daycare and see my fair share of hooligans, haters, bulldozers, howlers, jumpers, screamers, fighters, recluses, terrorists, and chickens….but a lot of times the Beagle is the even-keeled kid just chilling on the patio saying hi but not driving anyone nuts. Their spirits are happy – if there is food and a place to chill, they’re pretty much as content as it gets. Sure they might howl if another dog thinks about taking their snack but heck I feel the same way about my food too! They’ll usually make the perfect shotgun rider and most of them are even nice in public! BONUS (yes again): they usually like kids and will help clean up food thrown across the room by the resident toddler!

As you can probably tell, I’m a little biased and a lot nutty about the Beags. I love that they come in a whole rainbow of colors and I love that every one has so much personality (and voice) packed into a tiny little body. I love that when we rescue one, they rarely riddle us with the demons of their pasts, and (usually) choose instead to trust and love us as if we’d had them all along. They’re my best friends, and if you haven’t been Beagled yet, now is the perfect time to make one part of your own royal family! 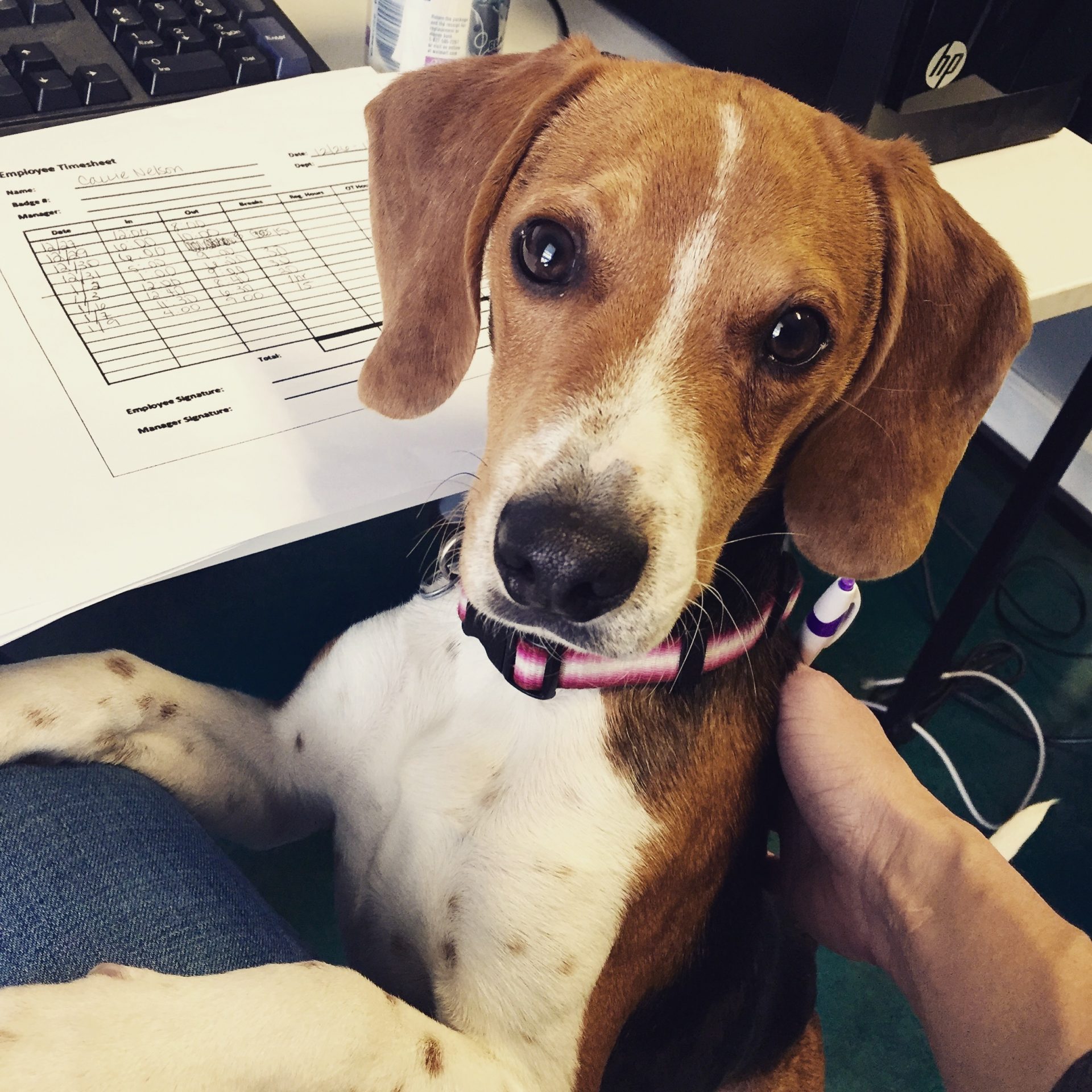 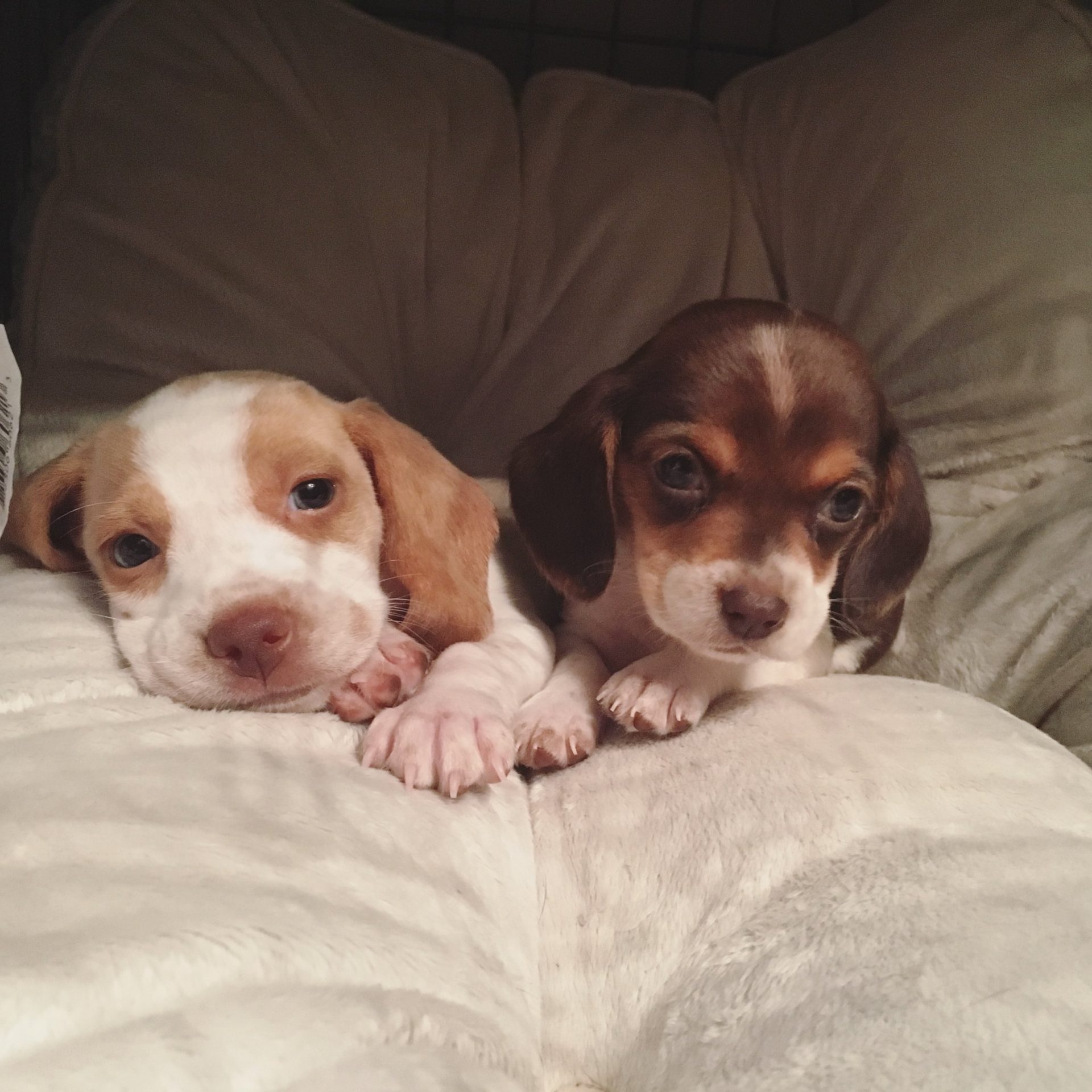 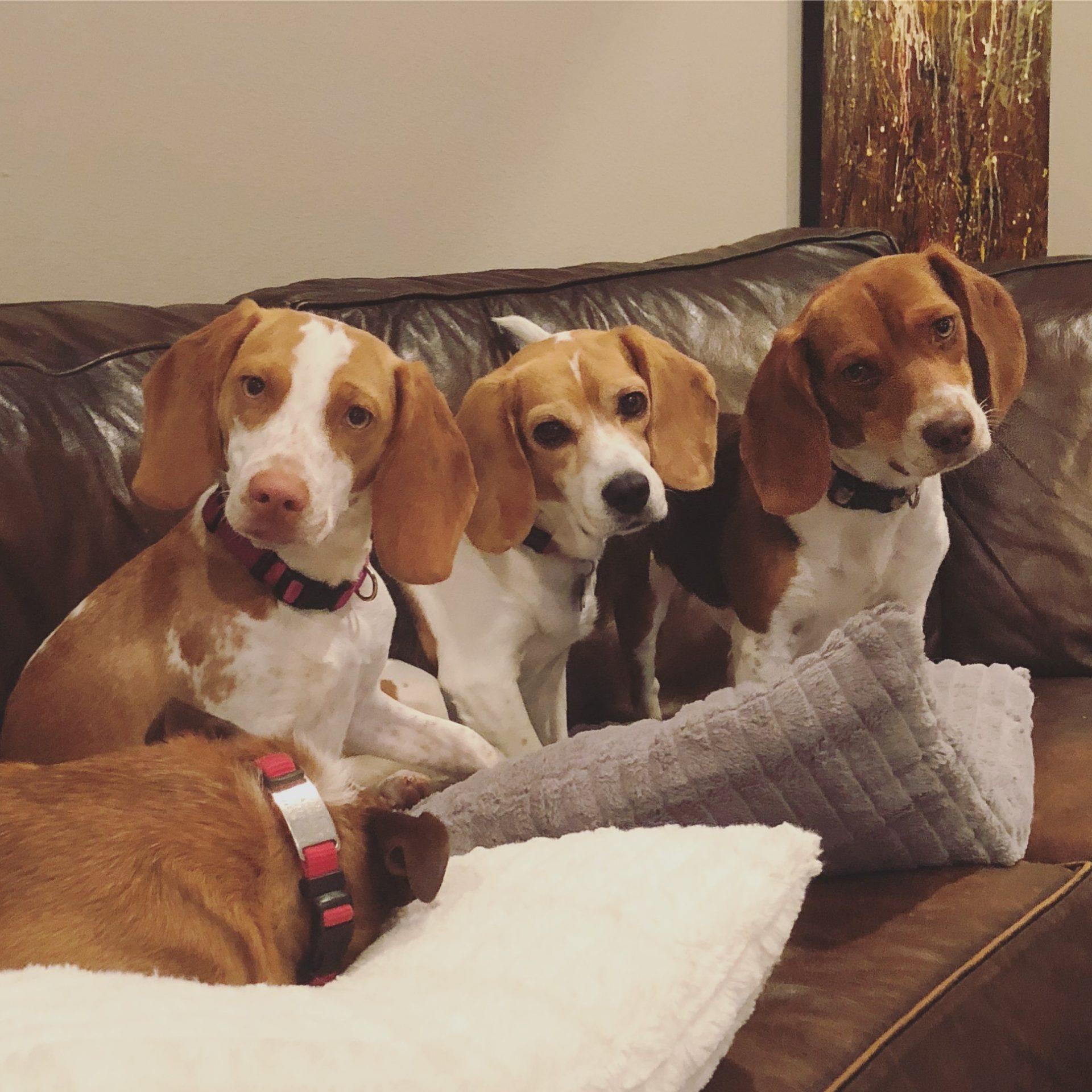 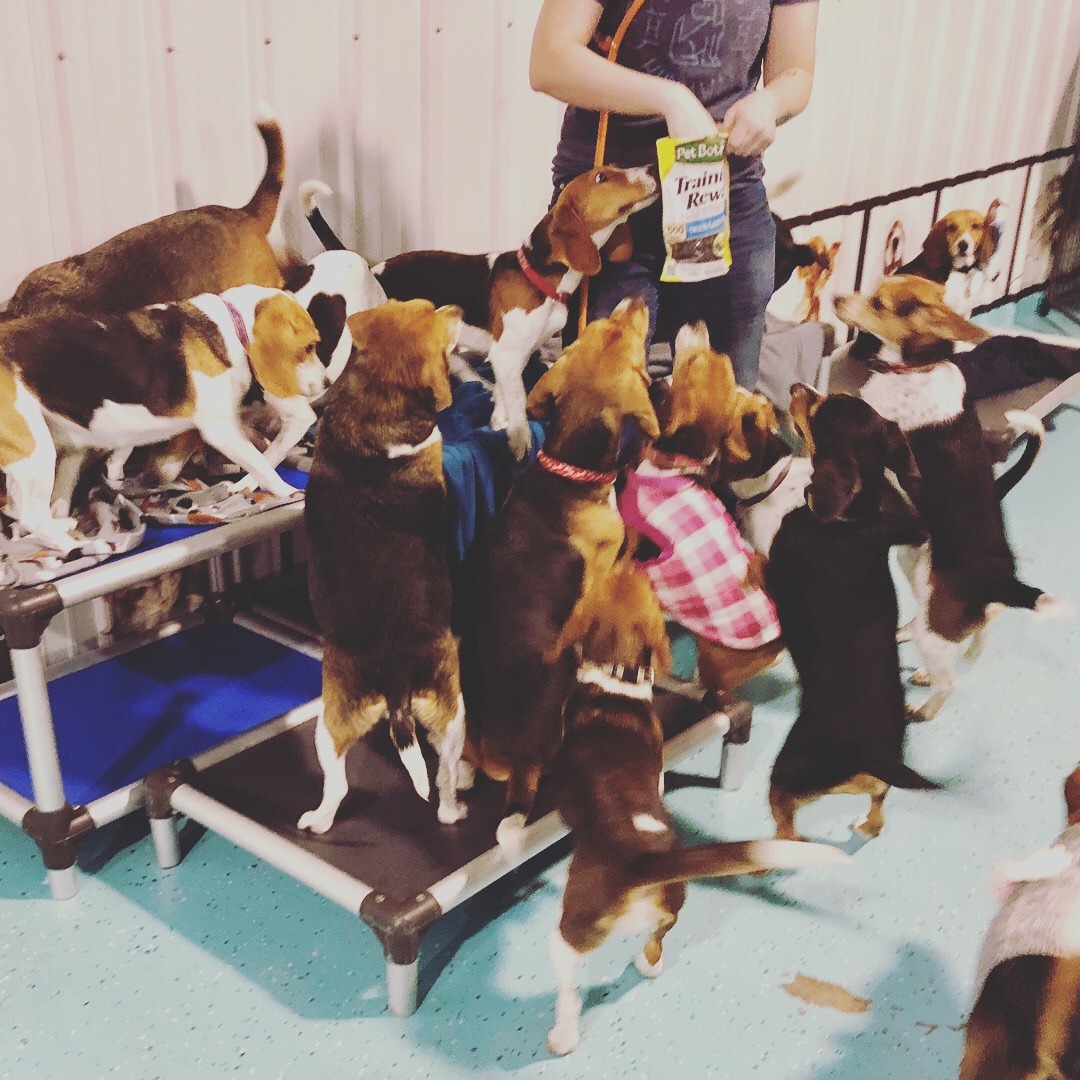 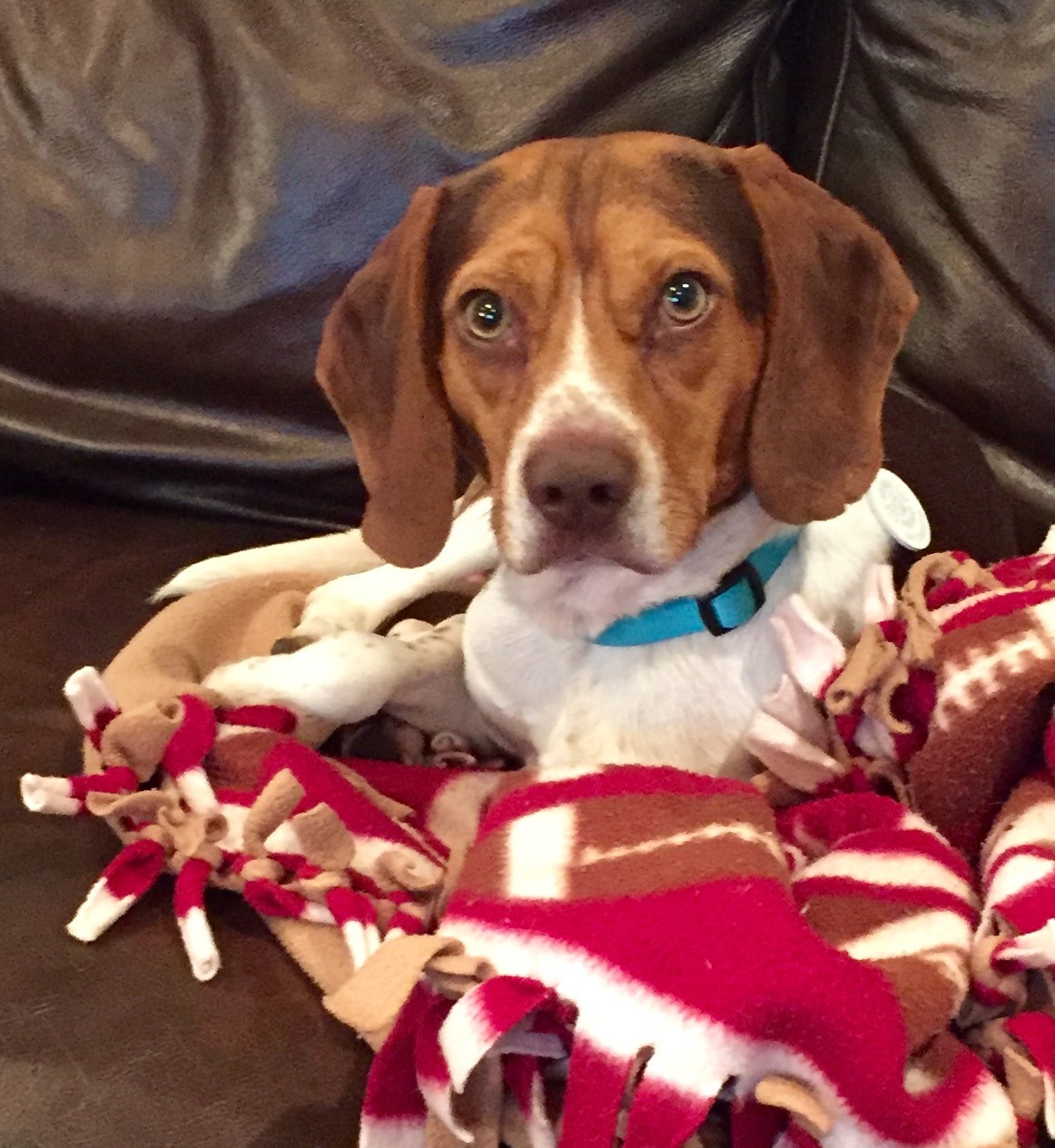 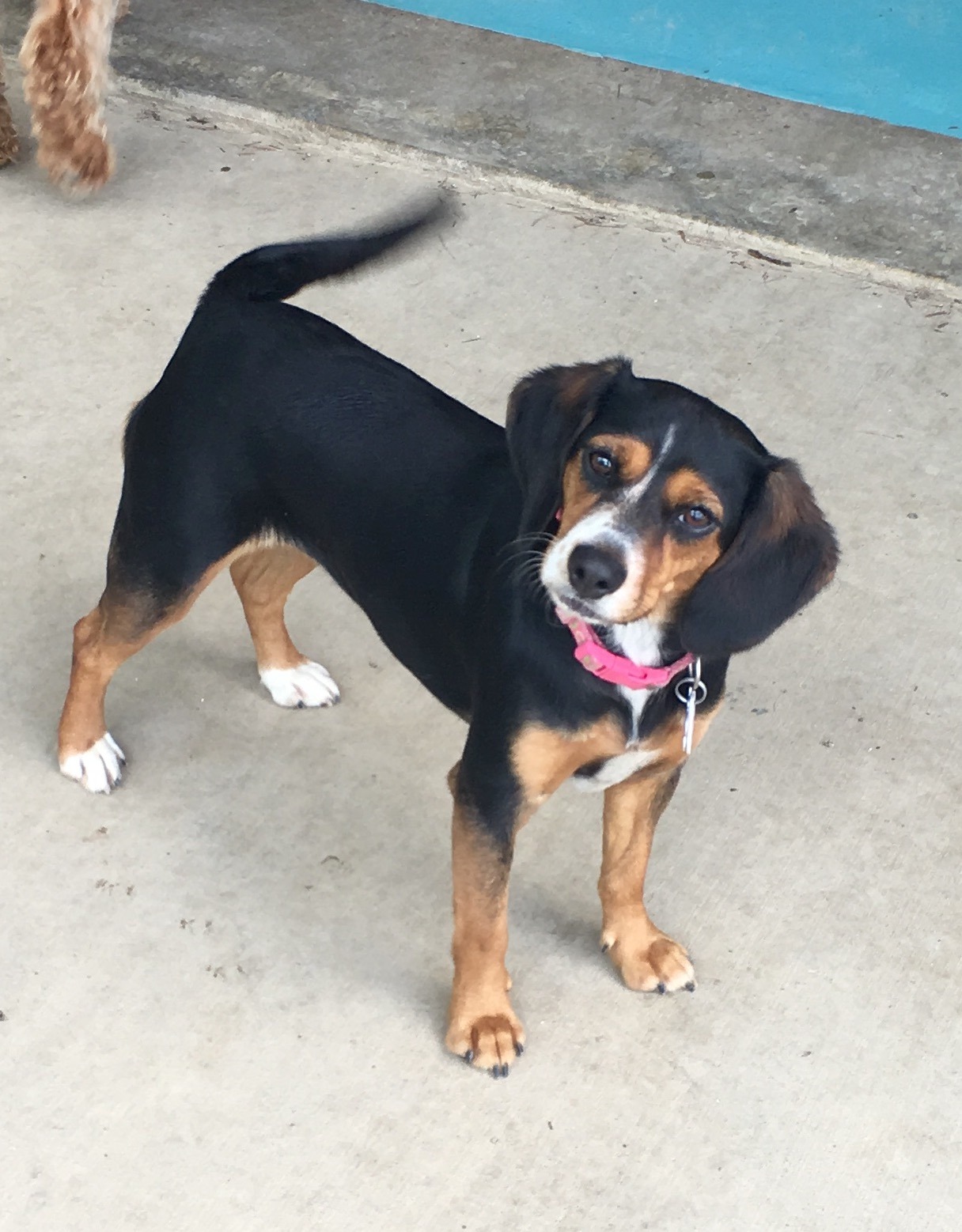 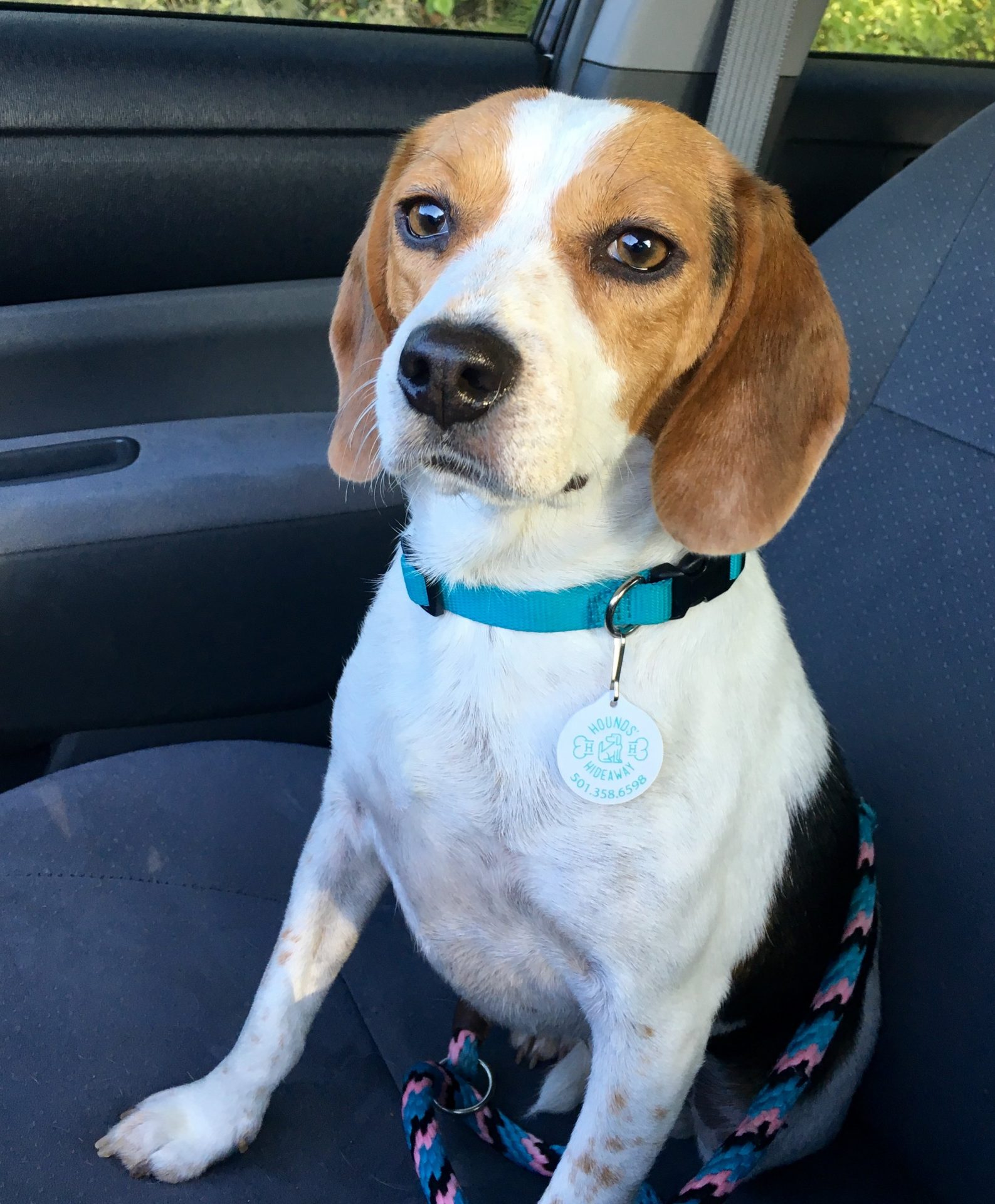 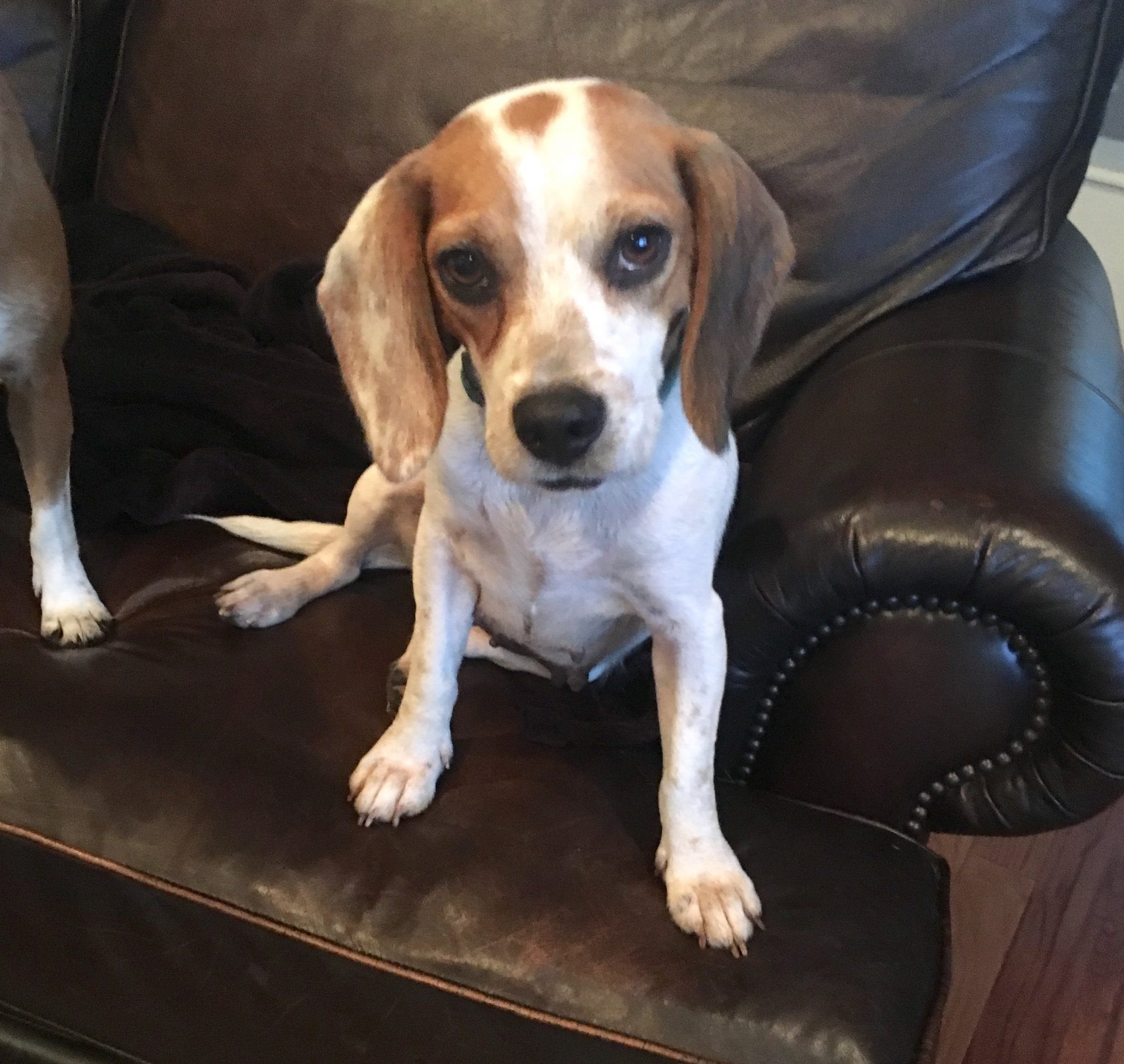 PrevPreviousPARASITES…the Party Poopers of Spring
NextThe low-down on Heartworms – all the way from Mosquito Central!Next

Some of us are great at taking candid pics…other

People: will someone still go up there to take car

Not to brag or anything, but our yards now include

If these teams really want a chance at the Super B

Voted most likely to steal your heart and your lun

These cuties give us MAJOR heart eyes 😍💕 #h